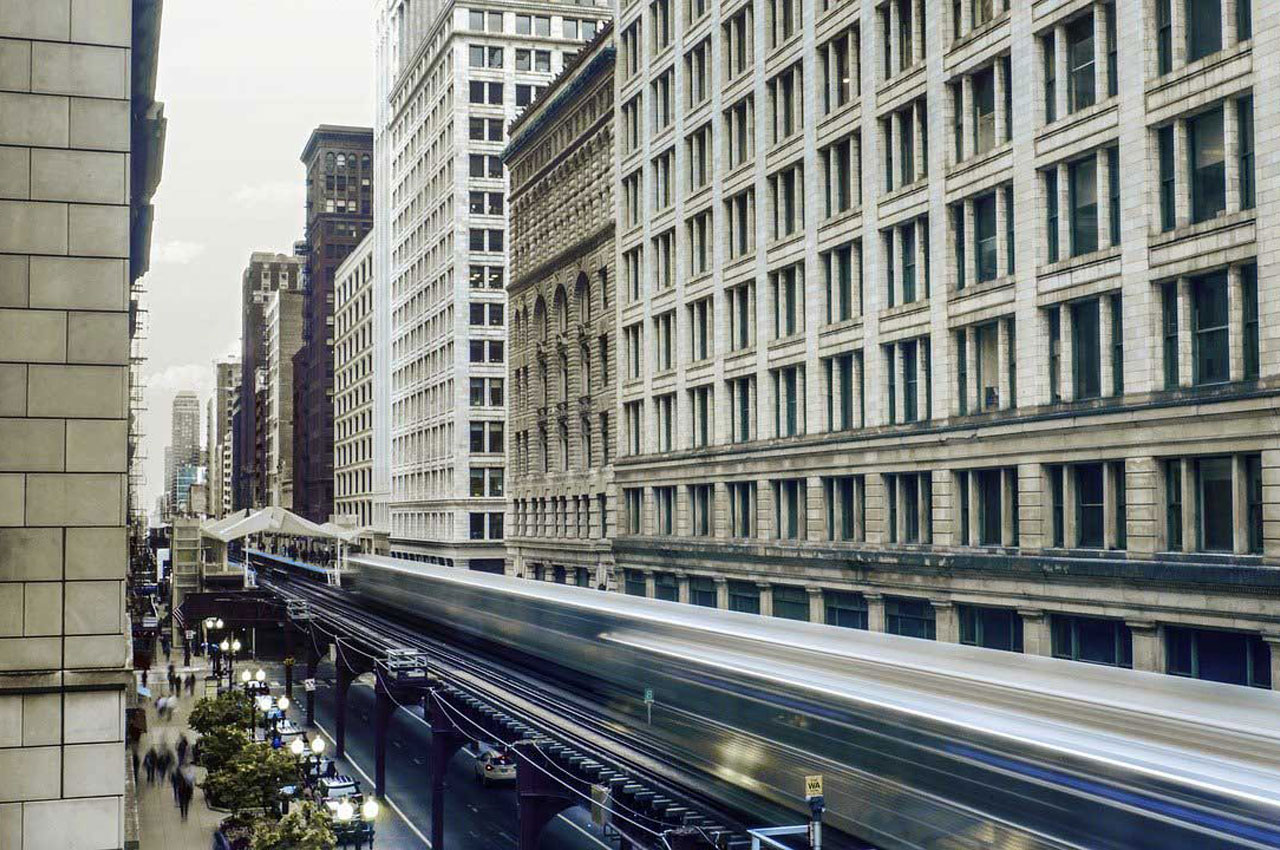 The center of gravity of Chicago’s central business core expanding beyond the Loop is hardly news.

For decades now, the city that is home to the skyscraper has continued to outgrow those legacy skyscrapers and overflow into other areas, including many none would have expected to attract such kinds of development (try telling a tourist in Millennium Park that where they stand was once a fractured mess of rail yards and parking, and that was more recent for this city than Michael Jordan’s last ring).

Indeed, from when the Illinois Center mixed-use development to the northeast of the traditional Loop marked one of the first major rail-capping projects in 1970s and beyond, the “corporate core” of Chicago has since expanded in most directions.

Of note are River North and the West Loop, where we find a diverse mix of long standing brick loft style buildings, typically repurposed to professional uses, aside gleaming towers.

All the while, the Loop itself has remained relevant as well, with the Central Loop (commonly referred to as the corridor surrounding LaSalle Street) clinging to the title of the city’s preeminent financial district.

However, recent market forces indicate that LaSalle Street’s fortunes could be changing. Whispers abound about a recession and Chicago’s downtown building boom coming to an end notwithstanding, this may not necessarily be a bad thing. But with the forthcoming departures of Bank of America, Northern Trust, and BMO Harris, millions of square feet will quickly up the area’s vacancy rate.

What these companies have to gain from these moves is fairly transparent.

Bank of America and BMO Harris are moving to sparkling new buildings along Wacker Drive, in closer proximity to huge assets: the Chicago River and downtown’s two primary Metra terminals. Northern Trust will also stay nearby, moving to the “Big Red” building at 333 South Wabash Avenue off Grant Park.

Changes ahead for The Loop?

But what’s left for LaSalle? There is certainly demand for office space in the central area that could fill it, but the sheer amount of space being vacated has raised questions about if the nature of the area could change to other uses.

The Loop’s locational value will continue to be very hard to beat for the foreseeable future. Developers have begun to take note of the ability to convert many of the legacy office buildings in the area, many nearing a century old, to condos or apartments. Given the location and amenities these properties could offer, these are units that could command a substantial premium.

The Loop could also use a boost in the entertainment sector. For all its daytime buzz, it has long been derided as a place that dies by 6:00pm. Even recent additions that keep crowds around beyond that, such as the Riverwalk, Millenium Park, and a revitalized Theater District, tend to be near the north and east sides of the Loop.

LaSalle Street at 9:00pm? Still mostly tumbleweeds. Look for this void to be filled as well in the form of full restaurants and bars. The Loop’s population today is more than double than in 2000 and triple than in 1990, so there could be latent demand even for existing residents.

But the main focus should be on residential conversions, because retail and restaurants will follow if this occurs.

Of course, LaSalle won’t ever be ghost town from a commercial office perspective either, so we could certainly wind up with a true live-work-play corridor right in the Central Loop.

Could you imagine living in the Central Loop, and commuting to an office job in the longtime-meatpacking Fulton Market?

Talk about the evolution of neighborhoods.